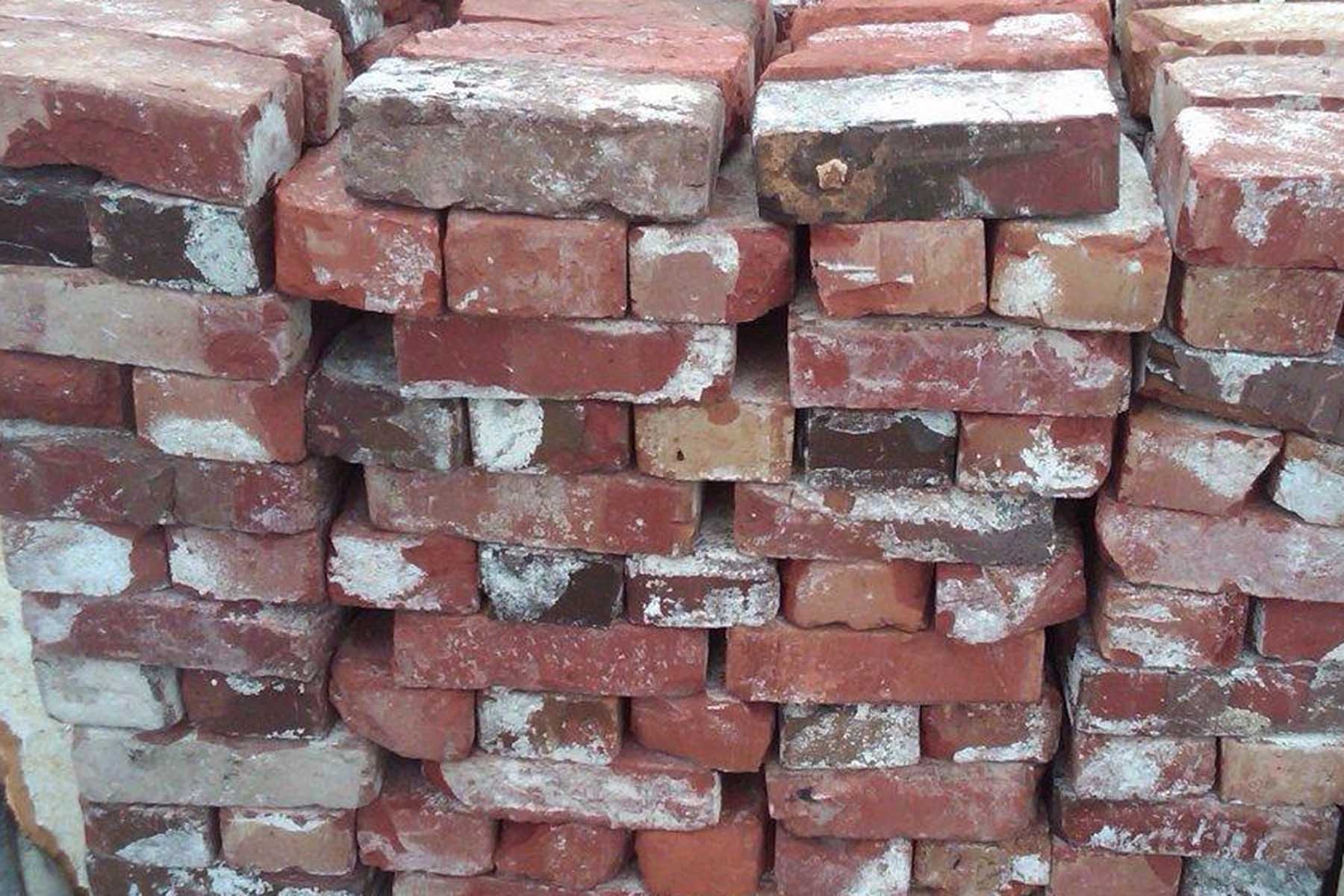 As much as the city of Chicago was known for its distinctive clay, the city of St Louis can lay claim to fame for the advances in brick making that were born out of the city.    Although invented in Ohio, it was in St. Louis that the Hydraulic brick making process became the norm, where a machine would apply pressure to the clay in the mold, allowing the brick maker to skip the time intensive process of tempering the clay before firing.   This advancement helped the St. Louis Hydraulic Brick Making Company  to become the largest maker of building brick in the Midwest, producing as many as 18 million brick per year during its heyday.   These dense clay brick were shown to have double the strength of traditionally made brick.   Today in St. Louis thousands of "machine made" brick are salvaged, these are a red to orange/red brick, with generally sharper corners than other brick of the same era.