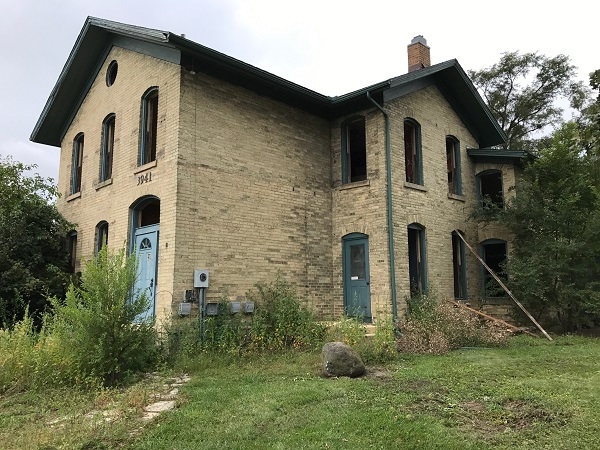 
Cream city brick was made in the late 1800's through he early 1900's in the cities along Lake Michigan in Southeastern Wisconsin.   The lack of iron deposits and composition of the clay this region produced a brick with cream to yellow tones.  Milwaukee was known as the "Cream city" due to the unique coloration of it's masonry buildings.    Although the city of Milwaukee was the leader in productions of these brick, there were brick we now recognize as "cream city" being produced in Kenosha, Racine, Manitowoc, Port Washington, Two Rivers, and othe river towns along the lake all the way up to Green Bay.